Aouuu! We had the pleasure to interview the Montevideo born artist for a Halloween special just in time for Halloween.

Andrea González Brena is a 31-year-old artist from Uruguay, she is one of the directors of Morphine Motion Graphics.

She tells us her connection with Halloween is mostly what she remembers from her young days at school.

At the beginning of October, each class in Andrea’s school would start decorating the classroom as creative as possible.

Then students would tour the school as if it were an exhibition and admire each class’ decorations. As for her favorite part, Andrea says they were exempt from studying on Halloween day. 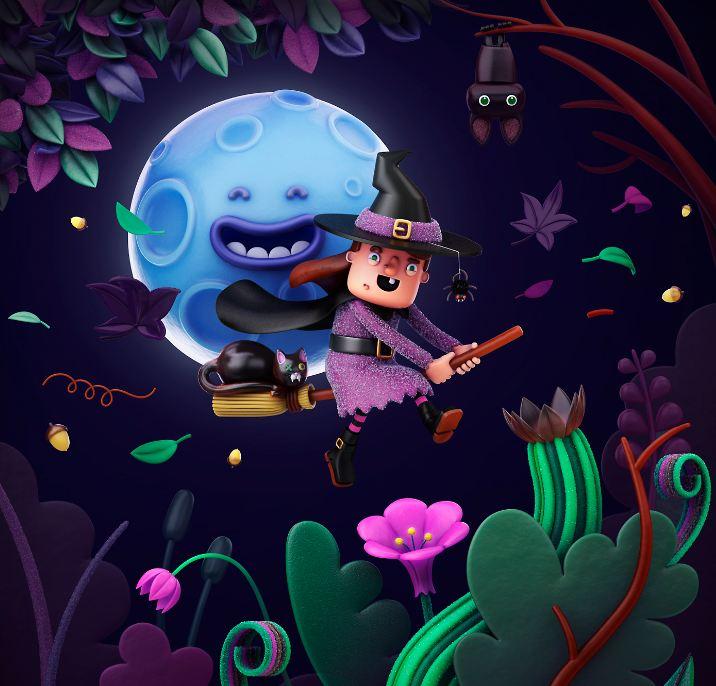 When it comes to her work on Halloween visuals, Andrea likes to use folk and the traditional elements of the spooky holiday and add her own spin to it.

She adds “experimenting with different visual resources and styles always helps bring something fresh to the elements that have been represented so many times and in so many different ways.”

We asked her if she thinks Halloween is meant to be spooky, and she responded with an example of a project she has worked on by saying “I guess it depends on the context.

For instance, in the project we created for Arcor we took all the classic Halloween characters and recreated them in a cute and friendly way.

The illustrations were made for kids so it was fun to explore with characters that wanted so badly to be scary but looked so harmless and cute that just ended up being funny instead.”

She says she has never had the chance to design for any of these holidays, but would love to do so because they are visually very appealing and “ rich in terms of details, colors, shapes, and expression.” She further explains her attraction to these holidays because they are somehow a mystery to her, as these are not celebrated in Uruguay.